Countries where medical care is cheap continue to attract new patients. But getting treatment abroad is not without risk.

Patients who come here trust us with their heart, and we treat them with all of ours,” says Rujira Songprakon, a nurse. The camera crosses an ultra-modern operating room, panning in front of computers decked out with a 3D imaging system, and then stops at a bilingual sign in Thai and English. The commercial posted on YouTube promotes the brand new cardiac arrhythmia centre at Bumrungrad hospital in Bangkok.

The video reflects the rapidly growing phenomenon of medical tourism. Aristocrats used to travel for treatment to the thermal resort cities of France or southern England in the 18th century, but it was not until the 1990s that we began to see a large-scale migration of people seeking medical treatment. “Those patients were generally wealthy and from developing countries,” says Josef Woodman, the CEO of the US organisation Patients Beyond Borders, which publishes medical tourism guides. “They could not find quality medical treatment services in their home country, so they would come to North America or western Europe.” Germany and Switzerland stood out in this segment among Russian-speakers and Arabs.

Then in the early 2000s, a whole other type of travelling patient emerged. “They are middle class citizens from rich countries who seek inexpensive medical treatment, often in poor countries where the cost of living is cheaper,” Josef Woodman notes. They most often go for low-risk surgery. Out of the 65,000 British patients who travelled abroad for treatment in 2013, 41% had cosmetic surgery, 32% sought dental work, 9% underwent weight loss procedures (bariatric surgery) and 4.5% fertility treatment.

“Ten years ago, only five or six destinations offered healthcare to foreigners,” says Jonathan Edelheit, who heads the Medical Tourism Association. This US-based organisation focuses on the quality and transparency of healthcare provided through medical tourism. “Today there are more than 100.” Most specialise in a handful of procedures. For example, Hungary attracts western Europeans who want dental care. South Africa, Colombia, Mexico, Brazil, Costa Rica, Tunisia and Morocco have become cosmetic surgery hubs. India and Thailand mainly offer orthopaedic and heart surgery.

The Swiss are also part of the trend.
“We send our customers to Barcelona, Hungary and Istanbul for dental care,
to Grenoble and Istanbul for laser eye surgery or Belgium and Istanbul for cosmetic procedures,” says Stéphane de Buren, founder of the Geneva-based medical tourism agency Novacorpus.

But what motivates them to get treatment abroad? The price is the main argument. Savings are as high as 70% to 90%.

Some patients – mainly older people or those suffering from a chronic illness – go as far as moving to a country where healthcare is less expensive. “Germans with Alzheimer’s go to live in North Africa,” says Fred Paccaud, director of the University Institute of Social and Preventive Medicine (Institut universitaire de médecine sociale et préventive) at Lausanne University Hospital. “Some Swiss people retire on the Spanish Costa Brava, in buildings with nursing staff and other medical services.”

But medical tourism is not just about money. “The ageing population and increase in the number of serious and chronic disease cases in an overwhelmed healthcare system have boosted the phenomenon,” Josef Woodman points out. In the United Kingdom and Canada, waiting lists can be as long as several months, even years for certain procedures.

Receiving treatment abroad is also a way of circumventing laws in the patient’s home country. Medically assisted procreation is not open to single women and lesbians in many countries, but it is in Spain, Sweden and the United States. Similarly, assisted suicide is legal in Switzerland, making the country a destination for “suicide tourism”.

Certain procedures are only available abroad. “The ‘Birmingham hip’, a hip resurfacing technique to avoid a hip replacement was long practised only in India,” notes Josef Woodman.

However, medical tourism is not without danger. A University of California study of 33 patients who had received a kidney transplant abroad reported a higher-than-average rejection rate. In the United Kingdom, a survey of members from the British Association of Plastic, Reconstructive and Aesthetic Surgeons showed that 37% of them had treated patients with complications following an operation performed overseas. “I have seen work
done by real butchers in some dental
offices located on the Mexican border or in Hungary,” says Josef Woodman. The travel itself involves risks. Some tropical or developing countries have viruses and bacteria that are absent – or less common – in developed countries, such as tuberculosis, malaria, dengue, typhoid fever and AIDS.

Air travel shortly after an operation can also lead to deep vein thrombosis or pulmonary embolism.

Postoperative care often needs improvement as well. “Patients are often not allowed follow-up consultations,” Jonathan Edelheit points out. The average hospital stay rarely exceeds a few days. In the event of a complication or medical error, the chances of having it repaired are slim. “Patients are often alone. The clinic that treated them has discarded their case, and their regular doctor doesn’t want to hear about complications that occur abroad,” says Keith Pollard, managing editor of the Treatment Abroad website and the International Medical Travel Journal.

The arrival of these western visitors has also had an impact on locals. “We’ve seen human tissue trafficking in China, the Philippines and Colombia,” says Jonathan Edelheit. “Although it’s never legal to buy an organ, some countries authorise donations from mere ‘friends’.” This gives rise to abusive practices. “In India, some illiterate women find themselves enlisted in an egg donation programme without knowing it,” says Elizabeth Beck-Gernscheim, a German sociologist who has studied the phenomenon. “Others are forced, due to poverty, into becoming surrogates.”

More generally, medical tourism has resulted in a reallocation of healthcare funding and staff to foreign visitors, sacrificing the needs of the local population. For example in Thailand, hospitals outside cities and the treatment of infectious diseases have been neglected over the past few years in favour of large urban hospitals and premium orthopaedic and cardiac services.

The Agra sanatorium in Ticino, photographed in 1930.

Switzerland gets its piece of the pie

Switzerland has a long tradition of medical tourism, beginning in the time of thermal spa resorts and sanatoriums. The Gottlieb Duttweiler Institute estimates that around 30,000 people come for treatment every year. These tourists spend 1 billion Swiss francs, representing 6% of annual hospital revenue. “Most come from Russia, Kazakhstan, Ukraine, Saudi Arabia, United Arab Emirates, China or neighbouring countries,” says Andrej Reljic, who heads Swiss Health, an organisation created in 2008 that promotes the Swiss medical market. “Switzerland boasts expertise with development potential in rehabilitation, orthopaedics, sports medicine (ski accidents), prevention and wellness,” says Franz Kronthaler, professor at the School of Technology and Economics in Chur. In addition to the university hospitals in large cities, several regions have designed customised offerings aimed at foreign patients. Lucerne and Ticino have launched initiatives through the Lucerne Health and Ticino Health services, along with Montreux and its Clinique La Prairie.

Every year, millions of tourists cross the globe to benefit from low cost healthcare, especially in Asia and South America.

This neighbour of the United States attracts many cross-border patients. Americans take advantage of its close location to go to the dentist or have bariatric surgery. Mexico receives a total of 200,000 to 1.1 million medical tourists per year.

This country is visited by 180,000 medical tourists per year. Most come for cosmetic surgery, especially to the Ivo Pitanguy Clinic in Rio de Janeiro, one of the most reputed centres in the country.

Germans, Austrians and Swiss have turned this country into a leading destination for dental care. One northwestern city, Gyor, has more than 150 dental clinics aimed at foreigners. For dental care alone, Hungary attracts 60,000 to 70,000 patients per year.

The subcontinent is the least expensive medical tourism destination. Procedures cost 60% to 90% less than in developed countries. Orthopaedic and heart surgery are the most popular, particularly at the prestigious Wockhardt hospitals. The country attracts between 350,000 and 850,000 patients a year. 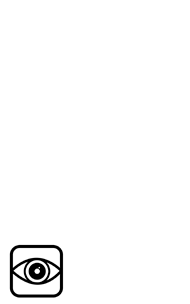 This country located at the gateway to Europe specialises in laser eye surgery. The Dunya Goz centres in Istanbul are considered among the best. In 2013 Turkey welcomed 110,000 medical tourists.

This Asian country is a very inexpensive destination that welcomes 670,000 foreign patients per year. Most are drawn by the Well Man packages that offer eye tests, dental and hearing check-ups, along with an MRI or PET scan for $1,500.

This microstate has some of the top clinics and hospitals in the world, focusing on oncology. The Johns Hopkins Singapore International Medical Centre is located here. Singapore attracts 400,000 to 610,000 patients a year.