Psychological examinations are increasingly common to identify gifted children. It’s a trend that hides a complex reality, as gifted children can also be prone to failure.

Enéa gets good marks. But she disturbs the class, talks a lot and complains often. This situation surprises her mother, Stéphanie Laurent. At home, this seven-year old schoolgirl from Lausanne is quiet, responsible and not the type to bother others. What’s wrong? School. Enéa is bored. A teacher friend advised Stéphanie Laurent to enter her daughter for tests to determine whether she was “high potential”. And the result came back positive.

High potential (HP) children are referred to as gifted or precocious. They are sometimes compared with child prodigies, which is one reason for the increase in requests for psychological examinations. “Interest in these tests is growing,” states Pierre Fumeaux, a child psychiatrist at Lausanne University Hospital who is currently conducting a study on the subject. “A few years ago when parents or teachers had to deal with a difficult student, they would ask the doctor if the child was hyperactive. Now the term ‘high potential’ has taken centre stage in the media.” Contrary to popular belief, gifted is not always synonymous with success. High potential children can also be prone to failure.

To be diagnosed as “HP”, an individual has to obtain a score of at least 130 on IQ tests. “But the score isn’t enough,” explains Claudia Jankech, a psychotherapist in Lausanne specialised in child and teenager psychology. “We also need to understand their family and social context and their personality.”

Surprisingly, a high number of HP children have trouble in school. “When it’s too easy for them, they get used to being on autopilot,” says the psychologist. “They’ve never learnt how to learn.” These difficulties are partly due to what specialists call arborescent thinking. “Normal people develop logical reasoning through linear, sequential thinking. However, the thought process in HP children is like fireworks exploding with ideas and impressive intuition. They can solve complex equations but will have difficulty explaining how they came up with the answer,” explains Pierre Fumeaux.

Surprisingly, a high number of HP children have trouble in school. “When it’s too easy for them, they get used to being on autopilot,” says the psychologist. “They’ve never learnt how to learn.”

Studies suggest that HP children’s brains function differently. Information moves better between the two cerebral hemispheres. “We assume that they use both their left and right brains easily and have excellent abilities in both logic and creativity,” says the child psychiatrist. “Other work has shown that HP children can more easily juggle with concepts and think in the abstract, such as performing mental calculations. “In a functional MRI, a dye is injected to highlight the areas of the brain with the highest blood flow.

Using a scanner, we can then see which areas are activated,” Pierre Fumeaux explains. “A stimulus or given task will activate certain areas of the brain in normal individuals. In HP children, sometimes several larger areas are activated at the same time,” he adds. These indicators help doctors understand how an HP mind works. “But our knowledge in neuroscience remains limited,” the researcher admits. “Being high potential is not an illness, but a special cognitive ability. And that’s not a priority for researchers.”

INTERVIEW: “The methods of diagnosis are debatable”

In a survey conducted on gifted children, the French sociologist Wilfried Lignier noted that specialists do not agree about the tests designed to diagnose giftedness.

In Vivo You observe that most gifted children don’t have difficulty in school or psychological problems. Why then do parents have them take tests?
Wilfried Lignier These parents are very concerned that their children will face difficulties, whereas they actually have every chance of success. They think that the school’s assessment is not enough. Psychology offers greater legitimacy for their concerns.


IV You approach giftedness as a “debated and debatable” issue. Why?
WL Many psychologists don’t recognise giftedness mainly because they doubt the credibility of IQ tests. These tests are meant to assess something other than academic skills, but in form they are quite similar to the exercises performed in school. Furthermore, children also have this impression. After the test is over, some say that they did well in the “maths” section, referring to the logical reasoning, or the “language” section, referring to the vocabulary. Being so similar to exercises done in school, these tests contradict the idea that intelligence isn’t the same as academic performance. Yet most of the social repercussions expected from test results are based on the idea that they tell a truth that school does not.

IV You show that the diagnosis swings in favour of one gender. How do you explain that high potential is more often diagnosed in boys?
WL Parents tend to express greater concern about their future, as it more readily carries their hopes of upward social mobility. The fact that boys have greater chances of having “symptoms”, such as openly expressing their boredom or not being able to stay still, also plays a role.

HP children also typically have emotional characteristics featuring high sensitivity or a high level of empathy. Stéphanie Laurent’s two other children, boys, have also been diagnosed as high potential. “Nathael, age six, cries at Christmas because poor people are cold and have nothing to eat.” His hyper-sensitivity distresses him. “It can take on huge proportions. At one point, Mathys, age eight, felt unreasonable fear because he knew that there was a core on fire at the centre of the earth.” Myriam Bickle Graz, a developmental paediatrician at Lausanne University Hospital who wrote a thesis on the subject, says, “The children seen at consultations were often overwhelmed by their emotions. For some, it was incredibly difficult; they have no filter,” she explains. “The fear of death, for example, comes very early.” They develop symptoms such as anxiety, sleep disorders, strained relationships with other children and aggression.

The happiest HP children are those who are not identified as such and manage to adapt.

As in the Laurent family, there are often several gifted siblings. “Not all siblings are necessarily going to be HP, but there is a certain degree of genetic heritage. However, that hasn’t been proven scientifically,” explains Myriam Bickle Graz. “It remains a clinical observation.”

Although some high potential children suffer, the majority of them lead normal lives. As summed up by Pierre Fumeaux, “the happiest HP children are those who are not identified as such and manage to adapt.”

Percentage of HP children within the population, according to the World Health Organization. 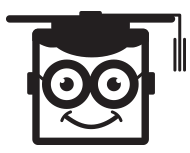 Percentage of HP children who succeed in school, according to the French Association for Gifted Children.

Percentage of HP children with a depressive disorder, according to the Swiss Association for Gifted Children. 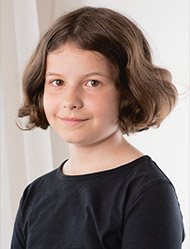 A model child at home, Enéa talks a lot in class and disturbs her classmates.

Mathys went through a period of irrational anxiety because he knew the earth’s core was on fire. 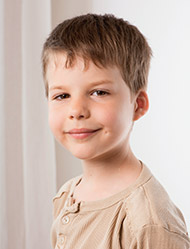 Nathael cries at Christmas because poor people are cold and have nothing to eat.