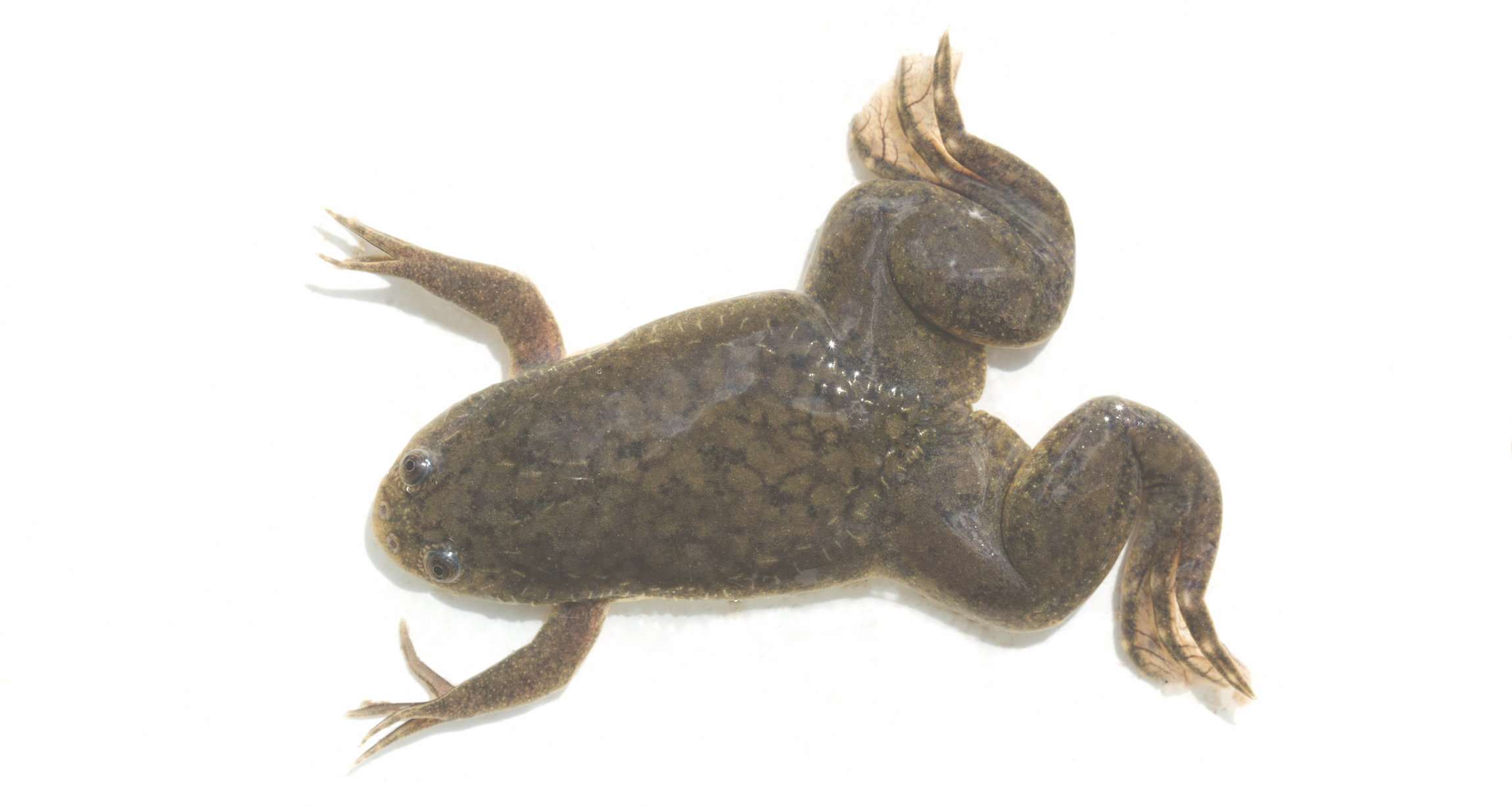 «Xenopus laevis»: the frog who laid the golden egg

This batrachian of South African origin is used to research gene expressions.

What makes Xenopus laevis so special? Isn’t it just another frog? If you ask a scientist, the answer is a definite no. “They’re unusual because they carry eggs for the entire year, whereas local frogs only do so during their period of reproduction,” explains Stephan Kellenberger, senior lecturer at the Faculty of Biology and Medicine at UNIL (University of Lausanne).

That’s why these South African amphibians have long been a favourite subject in laboratories. “In the 1950s, they were used to conduct pregnancy tests,” explains the scientist. “They were injected with the urine of the woman being tested, and if the animal laid eggs within 12 hours, the test was positive.” Later on, Xenopus ovocytes, which were easier for researchers to work with due to their relatively larger size (1 mm in diameter) and the fact that they grew on the outside of the animal, were used to study embryonic development.

The frog is now used to research gene expression, specifically with respect to the manufacturing of molecules, such as proteins, based on the information contained in DNA.

“We inject the genetic information for the protein we want to study into the ovocytes. Two days later, the proteins are ready, and we can work with them for around a week,” says Stephan Kellenberger.

The researcher studies ion channels, proteins that play a critical role in the nervous system.

In addition to molecular biology, the African clawed frog is especially useful in pharmacology, especially when it comes to testing the mechanisms of action of certain medications. Finally, its tadpoles have started to be used in recent years in environmental toxicology to study the presence of endocrine disruptors in water.

Characteristics: carries eggs all year round