“I swear, I was not at all into detective novels when I was younger!"

At the time of his retirement, Professor Patrice Mangin, director of the University Centre of Legal Medicine, takes a look back on his career that has taken him around the world, from the Vatican to Strasbourg to Palestine.

His CV includes Princess Di, Yasser Arafat and the Tornay and Ségélat affairs, to name a few. Listening to Patrice Mangin is like following a recap of the most high-profile legal cases in recent years. Although his professional reputation is already firmly established, his personal story still holds a few surprises. “I swear, I was not at all into detective novels when I was younger! That’s not why I got into forensic medicine,” he says. “What I liked was the problem-solving that goes into it. While a doctor has to help his or her patients project themselves into the future, a coroner does exactly the opposite. The cadaver can’t talk, and we have to piece the events back together with what the body tells us.”

When recalling his early days in forensic medicine in Strasbourg in the 1970s, Patrice Mangin sprinkles his story with that peculiar sense of humour unique to those who work closely with death. “Forty years ago, we were considered a bit weird, even though the ‘freak show’ aspect of forensic medicine from the olden days – showing up on the scene wielding a board and meat cutters – was already a thing of the past.” Between drownings and homicides, things quickly fell into a sort of routine. “I don’t even remember my first case. That proves that I was prepared!”

“Let me tell you something. With very powerful people, it’s always the same circus. It might be X-rays that disappear from one day to the next as in the investigation into the assassination of JFK, mixed test tubes or inexplicable decisions." Biology and toxicology saw numerous innovations in the 1980s that made examinations faster and more accurate. And that’s the field Patrice Mangin decided to specialise in when he started his doctorate programme. He completed his PhD at about the same time that a revolution took place that would change forensic medicine forever: the emergence of DNA testing. “I still remember the ethical issues immediately raised by this progress. What could we look for? What should we look at first? The attacker’s skin colour or the blood relationship with the victim?”

As scientists wrestled with these questions, Patrice Mangin gradually worked his way upwards to head the Strasbourg laboratory, then the University Institute of Legal Medicine in Lausanne in 1996. “I still remember the objectives given to me at the time. It was five lines long! There was so much to do, and that’s what motivated me. We also had to bring together the teams in Geneva and Lausanne, and that wasn’t always easy for people to understand. But we did it in 2007 with the creation of the University Centre of Legal Medicine (CURML), which merged the legal medicine institutes in Lausanne and Geneva.”

As director of the CURML, Patrice Mangin continued moving up in the academic world (acting as the first dean in the history of the Faculty of Biology and Medicine at University of Lausanne), while actively contributing to the establishment of several sub-units (Unit of Psychology and Traffic Medicine, Violence Medical Unit, Forensic Imaging Unit, etc.) to promote the centre outside Switzerland. This reputation occasionally brought in highly publicised cases. “We always presented an image of neutrality and impartiality, which meant that we frequently served as independent experts on bitterly disputed cases with high political and economic risks.” 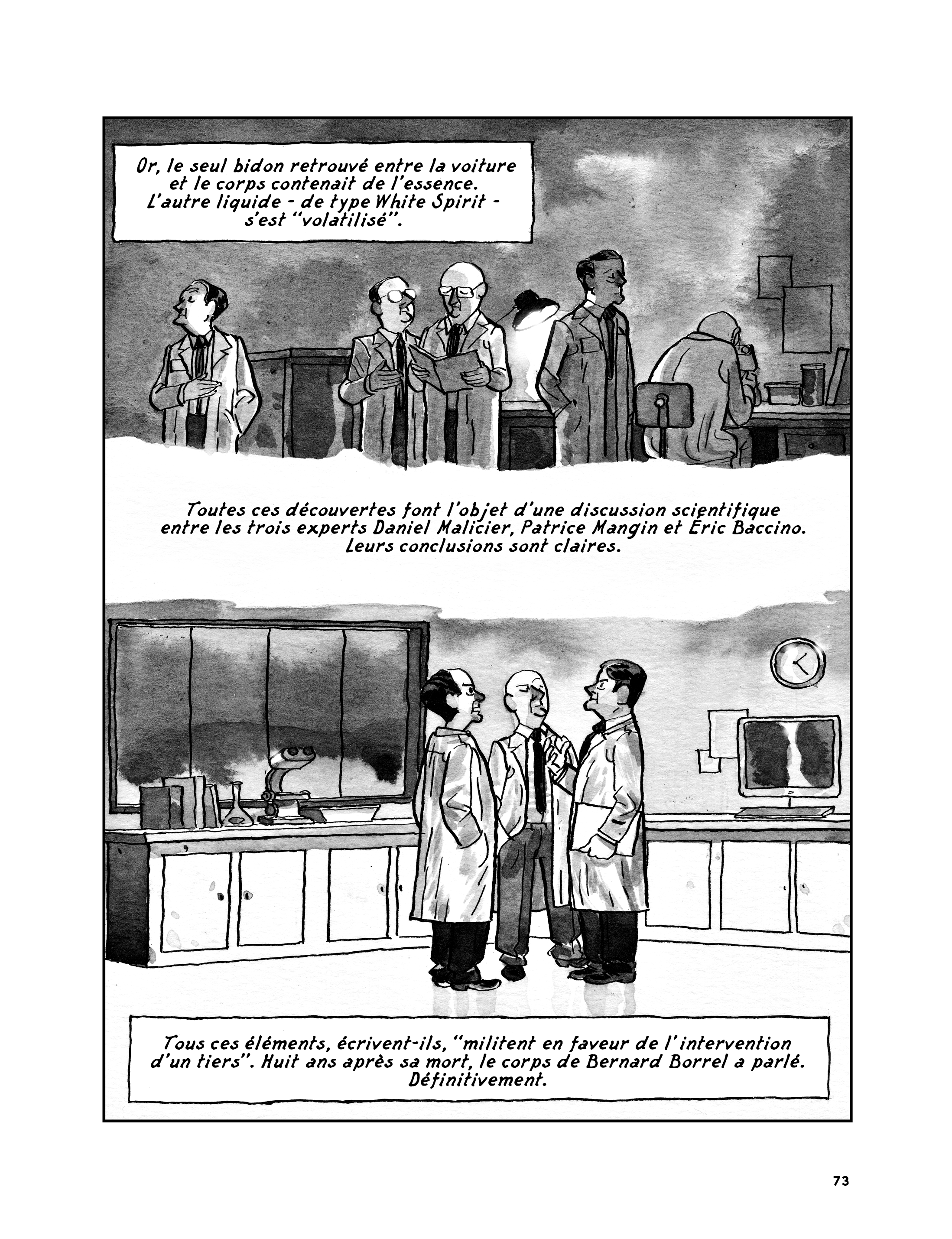 These incursions into the lives of “the high and mighty” – as he calls them – earned Patrice Mangin and his teams a global reputation, along with violent attacks. This experience taught him a surprising lesson, which he explains,still subtly amused. “Let me tell you something. With very powerful people, it’s always the same circus. It might be X-rays that disappear from one day to the next as in the investigation into the assassination of JFK, mixed test tubes or inexplicable decisions as in the case of Princess Di [her body was moved within 24 hours after being embalmed, which falsified all results, including a pregnancy test, editor’s note], not to mention the information that you never get without ever knowing why, like the time we had to investigate the suspicious death of a Guantanamo prisoner, with the American army claiming it was a suicide – a theory rapidly refuted by the family, or the total opacity of a centuries-old institution like the Vatican during the Tornay investigation [the commander of the Swiss Guard was murdered by a fellow soldier, who was also found dead, editor’s note]. You can imagine the frustration we feel at those times. Folly or wilful disregard? Who knows? But one thing is sure, nothing ever goes to plan.”

His modesty hides the impressive track record of the CURML. Of the dozens of cases submitted to the centre every year, its team finds the cause of death more than 90% of the time. “The cause, not the culprit,” he quickly adds. “Television series like CSI have done an amazing job promoting the field, but they only represent a fraction of reality. A forensic doctor’s real success is, for example, demonstrating that what was believed to be an accident was in fact a homicide, or vice-versa. Or when you manage to do your job under the watchful eye of journalists, who are literally camping out in front of your office.”

But if he had to choose a few more mysteries to solve before retiring, what would they be? “I think I would have liked to investigate the death of Pope John-Paul I [he was pope for less than three weeks before his sudden death, editor’s note]. The other is the explosion in the number of women in the profession. There are now two women for every man! I’d like to know what factors have caused that shift, which I’m thrilled about but haven’t yet grasped.” A question that may soon be put to Silke Grabherr, who will take over as head of the CURML in 2016. “I wish her all the best in her career,” says the doctor, who has promised never to return to the office once he’s finished his last day at work. So he’ll have time to work in the garden, or to write a detective novel. 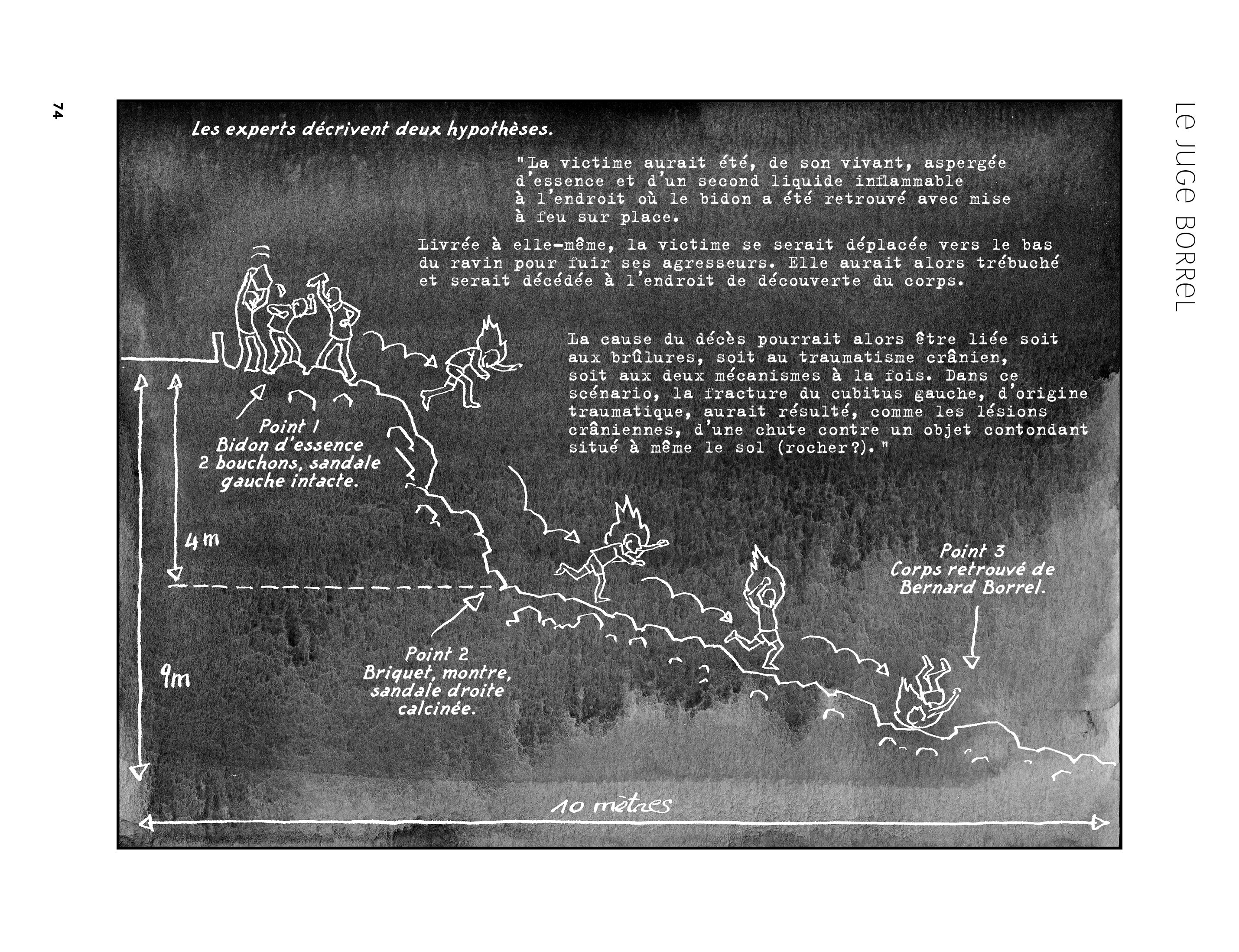