In Switzerland, the lack of donors can be explained by the uninspiring public information campaigns. But not for long.

Visit the website and the new campaign of Swisstransplant.

Last year in Switzerland, 53 people on the transplant waiting list died owing to the lack of donors. The situation has not improved since. In June 2013, 1,208 people were waiting for an organ transplant in Switzerland, a rise of 3,7% on the previous year. To raise awareness on this issue, the Swiss Federal Office of Public Health (FOPH) regularly runs national information campaigns. With little success. According to the SwissPOD (Swiss Monitoring of Potential Donors) survey conducted in Switzerland in 2011 and 2012, 53% of relatives refused to donate organs, compared to 30% in Europe as a whole.

Manuel Pascual, Chief of Service at the transplantation centre at the Lausanne University Hospital (CHUV), explains that the increase is caused by a rise in the number of people waiting for an organ transplant rather than by a decrease in donor numbers. “We have an ageing population. This means we are seeing more patients, with vascular problems in particular, who require an organ transplant.” Moreover, medical progress is making transplants possible for a growing number of people.

Switzerland has some of the most worrying statistics.

Meeting this growing need will demand a high level of community solidarity. However, the number of donors has remained stable over the past ten years, while the waiting list has virtually doubled in length over the same period. Compared to other European countries, statistics in Switzerland are among the lowest. According to Swiss-transplan, the Swiss national foundation for organ donations and transplants, the number of deceased donors per million population was 12,8 in Switzerland in 2011, compared with 14,7 in Germany, 23 in Austria and 35,3 in Spain, the European champion for organ donation.

Are the Swiss selfish? “I don’t think so. If you look at the figures for organ donation by living donors, the Swiss are at the top of the rankings,” says Manuel Pascual. Every year, over one hundred living donors give a kidney to a family member or friend. And they make this decision despite the risks linked to the operation, although these are now minimal.

In addition to the logistical obstacles to organ donation and the difficulties of putting in place a regional organisation to identify all potential donors across Switzerland, Manuel Pascual believes that the problem lies in the information campaigns organised in Switzerland until now. “They have a destabilising impact on the public because they do not come out clearly in favour of organ donation. One of them featured people expressing their opinions, and most of them seemed to be against the idea. This does not reflect public opinion when people have all the facts. For example, when we go to see students and explain the situation, almost all of them support the idea. Even from
a religious standpoint, organ donation is widely accepted today, but there are a few exceptions.” Although campaigns vary in terms of form, distribution channel and target audience, they appear overall to be purely informative and neutral.

Raphaël Hammer, a Lausanne-based sociologist who has studied the impact of media coverage on organ donation in the local French-speaking press, believes that the FOPH could adopt a more incisive approach to its campaigns. “The information content relates mainly to procedures and has little substance. Campaigns could give more facts, ‘for and against’, while still respecting the principle of ‘public information’. This would help people form their own opinion.”

In reality, the FOPH campaigns respect the Act of 2004 to the letter. The second paragraph of the first article of this Act says that the role of the State is to ‘contribute’ to making organs, tissues and human cells available for transplantation, and not to 'promote’ the act of donation. As a result of this semantic subtlety, the State limits its actions to information and control.

CHANGE IS IN SIGHT

This stance could shortly change. At the beginning of 2013, the Federal Council launched an action plan christened “Plus d’organes pour des transplantations” (More organs for transplants). This may reflect a desire for more efficient information campaigns. Manuel Pascual will be part of the steering committee. “I am delighted to see this collaboration with the authorities,” he says. “I hope that between now and next spring we will be able to run a campaign that truly encourages organ donation.”

Why was this restriction introduced in the first place in 2004? “Pascal Couchepin, the federal advisor who introduced the Act, believed that it was important not to create panic among the public or to give the impression that the State could take organs from its citizens,” explains Nicholas Stücklin, graduate assistant in social sciences at University of Lausanne (UNIL), specialised in body anthropology. “This impression was not entirely unfounded. For the first heart transplants in Zurich in the 1960s, organs were removed without informing the families, and that made the issue controversial. The idea was to avoid sparking a public debate on the role played by the State in the supply of organs for fear of damaging what Pascal Couchepin called a ‘climate of trust’”.

The aim of the organ transplantation act was first and foremost to inform the public and to encourage more people to carry organ donor cards. From this standpoint, the public information campaigns have been relatively effective, since between 20% and 30% of the Swiss population now carries a completed organ donor card, compared to 12% before the campaigns. “However, it will be some time before this increase in card carriers translates into an increase in donors because brain death – the condition required to be a donor – remains rare.
It occurs no more than 200 times a year in Switzerland,” states Karin Waefler, head of FOPH information campaigns. The hope is that most of the people taking cards will be potential donors.

So what is the best way to convince more people to become donors? Is it a good idea to play on their emotions by showing people waiting for organ transplants? Or
to communicate more widely? According to Christophe Girard, Artistic Director with the MC Saatchi Agency in Geneva, the subject requires some media hype, “Campaigns should take their inspiration from road safety initiatives such as ‘Slow Down’, which was seen everywhere. Extensive advertising, based on the model used in English-speaking countries, works very well for this type of social issue.” However, sociologist Raphaël Hammer warns against the limited long-term impact of campaigns that appeal to the emotions. “Studies have shown that fear and emotion do not have long-lasting effects. You need to go deeper to change attitudes on issues as sensitive as organ donation.”

SWITZERLAND
An impartial message
Hailed by advertising professionals for its artistic qualities, the 2013 campaign entitled “The Decision” does not really encourage people to donate their organs. The short film, produced with a budget of 80,000 Swiss francs, features two men in a car that swerves off the road and ends up teetering on the edge of a cliff. A life-or-death situation that sparks a conversation about organ donation. The film does not aim to influence the decision of the public but to encourage them to think about this issue and to make a decision by carrying a donor card before they find themselves in a situation as dangerous as the one faced by the two men. This impartial approach to the issue does not promote organ donation as much as it should. “The message remains too neutral, organ donation should be actively promoted,” insists Manuel Pascual, Chief of Service at the transplantation centre at the CHUV.

Manuel Pascual would like to see a clear, straightforward message, “We need to remain pragmatic by explaining that Switzerland has high-quality transplantation technology and that the chance of receiving an organ is ten times higher than the chance of donating one. We need to communicate plainly, by saying ‘I am in favour of organ donation. I have told my friends and family and I carry a donor card.’”

Yves Rossier, Assistant Head of Strategic Projects and Organisations at the CHUV, has studied how best to promote organ donation. He believes that campaigns should refute a number of common misconceptions. “We need to remind people that the family’s consent is still required, even if the person has an organ donor card. Also, the concept of brain death is not clearly understood. Some people are still afraid that their organs will be removed while they are still alive. Others think that the costs of organ removal will be paid by the family or that donors’ bodies will be used in medical research.” Yves Rossier also suggests creating communities in the media and on social networks to open up a wider debate on this issue, which still has limited visibility. “We could even set up a travelling theatre, with a play that could be staged in hospitals, schools and associations around Switzerland.”

Some of these ideas will be discussed in Bern over the next few months. “In 2010, Switzerland signed an international treaty that required it to adopt a favourable position on organ donation,” says Manuel Pascual. “It is time for this to be reflected in federal law.”

The Swiss Parliament is also debating the possibility of changing the law, by making every adult a “donor by default”, unless they specifically state that they do not want to donate their organs. All of these initiatives demonstrate an awareness that things need to change. It remains to be seen whether these efforts will bear fruit. Manuel Pascual, Chief of Service at the transplantation centre at the CHUV. ⁄

Germany
DIALYSIS ON THE PLATFORM
Over 16,000 donors signed up in Germany after a campaign called ‘The Waiting Time Experiment’. Michael Stapf, a 27 year-old man who has been waiting for a kidney transplant for seven years, tells his story in front of a camera whilst undergoing dialysis on a train station platform. Very moving. 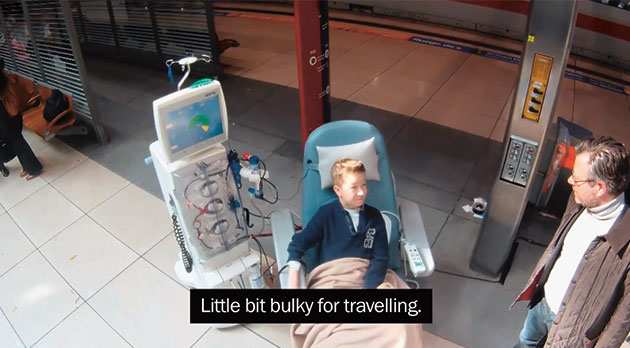 Spain
STARS AND APPS
Last year, Spain launched a campaign christened “Eres perfecto para otros” (You are perfect for others). Mediaset, one of Spain’s leading audiovisual groups, broadcast adverts featuring its most popular presenters on its seven channels. The presenters encouraged viewers to order a donor card using a smartphone app. In the space of one week, more than 50,000 new donors signed up. 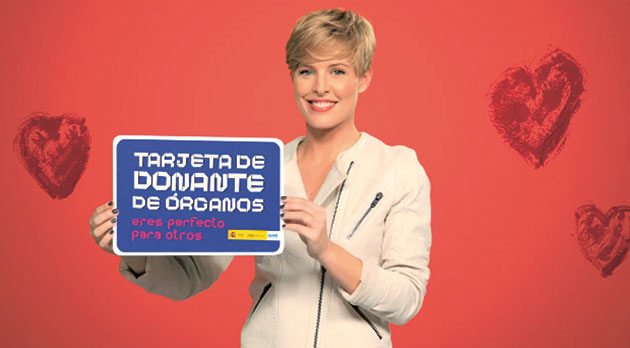 Brazil
FOOTBALL FAN AND DONOR
The Brazilian campaign on organ donation ‘Immortal Fans’ won a Lion d’Or award at Cannes in June 2013. According to the agency that produced the campaign, the number of donors rose by 54% over one year. In the film, people waiting for an organ transplant talk to fans of a leading football club: ‘If you give me your heart, it will continue to beat for Sport Club Recife’. 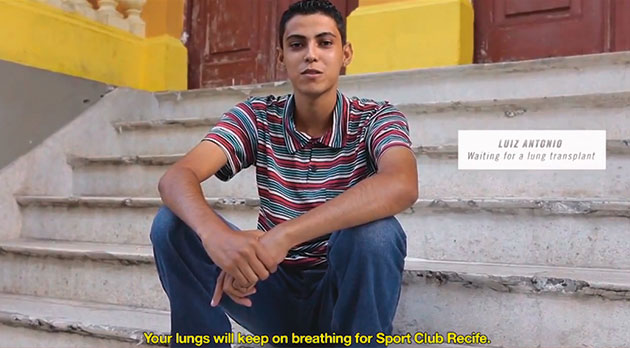 “Organs could be removed before the donor’s death”

False Organ removal occurs only in the event of brain death, verified by two doctors and confirmed through neurological tests.

“Beyond a certain age, you can no longer be a donor”

False There is no lower or upper age limit for donors.

False The reading of the will is usually too late for the organs to be viable.

False You can specify any organs you do not wish to donate on the card. Many donors say ‘anything but the eyes,’ since they are uncomfortable with the idea that something so closely linked to who they are could be transferred to another person. This is also false since only the corneas are removed.

“The costs of transplantation are paid by the donor’s family”

False The costs are covered by the recipient’s basic health insurance. 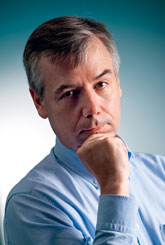 Manuel Pascual, Chief of Service at the transplantation centre in the CHUV