1. The Story of the Human Body

Professor of Human Evolutionary Biology at Harvard University, Daniel Lieberman describes the evolution of the human body from “How We Became Bipeds” to “Why Everyday Innovations Can Damage Us”. The author examines both the benefits of these changes and their negative effects, such as the growing incidence of diseases like obesity. Lieberman argues that we are not adapted to modern lifestyles, urging us to take up habits like running barefoot.

2. What doctors can learn from each other

This talk given in October 2013 by Stefan Larsson, a management consultant from Boston Consulting Group, provides an interesting complement to the special feature on participatory medicine in this issue of In Vivo (p. 19). His message is that transparency and data sharing between hospitals can optimise the efficiency and cost of healthcare.

Talk by Stefan Larsson at the TED Conference

3. Your brain on video games

Filmed back in June 2012, this talk given by Daphné Bavelier from the University of Geneva and the University of Rochester (New York) created a buzz, exceeding 1.5 million views a few weeks ago. The scientist focused on the ultra-famous first-person shooter video games (e.g. “Call of Duty”) and made some surprising discoveries about how these games can help us learn, concentrate and, fascinatingly, multi-task.

Talk by Daphné Bavelier at the TEDx Conference

Baptiste Beaulieu’s successful blog “Alors voilà”, launched in November 2012, has now been adapted into a book. The young doctor details his experiences in the emergency room at the hospital in Auch, in France’s Gers department. His stories, told with humour and sensitivity, immerse the reader in the challenging but deeply human day-to-day life of healthcare providers and give glimpses of the relations between doctors and nurses, home visits and the incredible dealings with patients. 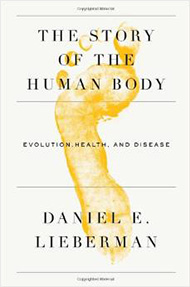 The Story of the Human Body 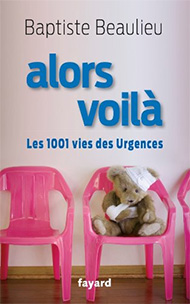