Switzerland has a particularly high incidence of melanoma. One person in 50 presents a cumulative lifetime risk of developing the disease. The standard of living that allows Swiss tourists to travel to the sun is associated with the appearance of this cancer. Many are, admittedly, cured by surgery. However, in the case of disseminated disease, classic chemotherapy treatment, which has never shown efficacy, is on the verge of being ousted from the therapeutic arsenal. Immunotherapy is poised to become the first-line treatment for this type of cancer, just as it is for lung cancer.

Prof. Olivier Michielin, Head of the Division of Individualised Analytical Oncology at CHUV, explains why this extremely aggressive cancer is particularly well suited to immunotherapy:

"Melanoma is one of the most mutable cancers. It presents a large number of alterations linked to a source of chronic damage: the sun. Now, the more cells that are damaged, the more they are visible to the immune system."

The first clinical successes with inhibitors of checkpointsor immune control points were reported in 2010, and that changed the oncology world irreversibly.

As Olivier Michielin points out, “For the first time, we recorded clear and frequent clinical responses as well as an impact on survival. It is possible to stabilise almost 40% of patients in the long term, something that we had never seen before for a disease such as this. However, the risk of side effects with potentially fatal consequences, notably autoimmune reactions against the patient's organs, is also present.”

According to the Ligue Suisse contre le cancer, melanoma is the fifth most frequent cancer in Switzerland. It can also affect young people: 24% of patients are under 50 years of age at the point of diagnosis.

At the heart of the clinical trial presented in this Immersion series, adoptive cell therapy based on Tumour Infiltrating T Lymphocytes (TILs) opens new perspectives. It consists of collecting TILs from patients, selecting and proliferating them, then re-injecting them after having prepared the patient's immunological ground.

CHUV is the only specialist centre in Switzerland that offers this form of individualised therapy. This is thanks to a certified laboratory that ensures the handling and modification of cells under strictly safe conditions, and a trained team of doctors and nurses able to manage the toxic effects, among other things. As Prof. Michielin explains, “With TILs, we want to add another string to our bow and increase the immunotherapy arsenal.”

"The adoptive transfer programme is focused on the t lymphocytes found in the tumour. They thus seem less inclined to attack other, healthy organs."

Clinical trials already performed in the USA have shown that about 20% of patients with metastatic melanoma showed prolonged remission. The first three patients treated at CHUV with this procedure tolerated the re-infusion of T lymphocytes into their body well, and two of them responded to the treatment.

Adoptive cell therapy is, however, not suitable for all patients with melanoma. There are numerous conditions to meet in order to be eligible to take part in the trial. How do you explain to the participants that they are starting a journey full of traps and pitfalls?

The specialist comments: “I always start by drawing a picture for them. People must be taken seriously, and all the steps and all the risks must be explained to them. Even though the explanations are detailed and very specific, I promise you that every one of them understands.”

"It is important that each participant adheres fully to the therapeutic plan."

What are the prospects for patients who cannot be enrolled in the trial?

“It may happen that lymphocytes are not found in the tumour: this is the immune desert situation. We may then seek them out in the blood and genetically modify them so that they could fight the tumour. This is T cell engineering, which takes place in a programme directed by Prof. George Coukos and which is being developed with the École polytechnique fédérale de Lausanne (EPFL) and the Lausanne branch of the Ludwig Institute for Cancer Research. It still needs a few years before clinical trials in this field can be started, but we are working on it relentlessly.” /

A graduate in physics from the École polytechnique fédérale de Lausanne (EPFL) and in medicine from the University of Lausanne (UNIL), Olivier Michielin continued his training with an MD-PhD thesis in Strasbourg and Harvard before being appointed group head at the Swiss Institute of Bioinformatics at the Ludwig Institute for Cancer Research, and professor at CHUV and UNIL. Currently responsible for the melanoma clinic and Division of Individualised Analytical Oncology at CHUV, he is a qualified medical oncologist, with the title of FMH specialist gained in 2007.

Number of new cases of melanoma each year in Switzerland.

Proportion of melanoma relative to all new cases of cancer per year.

Number of deaths linked to melanoma per year in Switzerland. 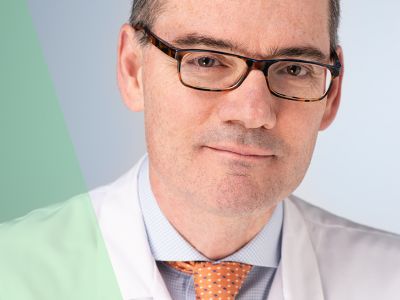 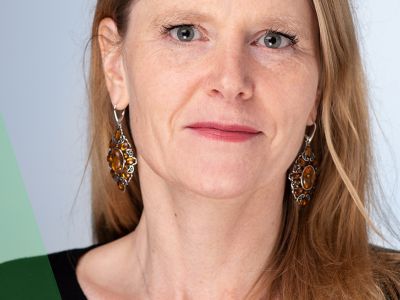 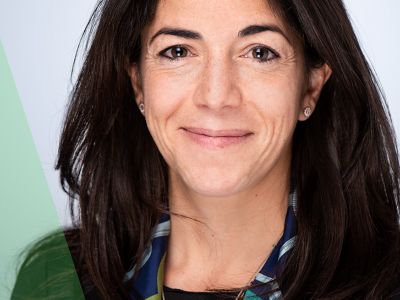