Teenagers, with all the physical, psychological and social changes going on in their minds and bodies, have specific needs and require specific care. Now hospitals are taking action.

Most of the time it starts with a few blemishes, growth of body hair and a new body odour. Then come noticeable physical changes and mood swings. Puberty, a critical stage in adolescence, needs to be taken seriously. “That’s where it all begins,” says Anne-Emmanuelle Ambresin, Physician-in- Chief at the Interdisciplinary Division for Adolescent Health (DISA) at the Lausanne University Hospital (CHUV). “It’s a hormonal roller coaster combined with cognitive, biological and behavioural changes.” This transformation is what leads young adolescents – who are no longer children, but not yet adults – to- wards independence and finding their sexual, personal and professional identity.

Not everyone experiences this transition in the same way. The majority of adolescents go through a phase rich in learning, creativity and self-affiirmation. But experts estimate that 10% to 20% of teenagers endure a period of extreme vulnerability and risk-taking.

Dropping out of school, alcohol abuse, violent attitudes and suicide attempts are some of the potential excesses. “Adolescents with problems require special attention and a specific medical approach,” says Susan Sawyer, director of the Chair of Adolescent Health at the University of Melbourne in Australia. This eminent expert in adolescent health feels that teenagers “have long been overlooked in studies on health.” Anne-Emmanuelle Ambresin agrees. “Scientists began talking about issues speci c to adolescents 30 years ago, but their health care has only become a priority in the past few years.”

Medical centres and hospitals specialised in adoles- cent health rst began to open in Canada, Australia, the United States and then in Europe. The physician- in-chief at DISA refers to a study led by the Australian epidemiologist George Patton in 2011 that gained international attention and shed light on the need to study adolescents and their health more closely. “This research showed that child mortality had dropped in the past few years, but the death rate for young people age 14 to 19 hadn’t changed one bit. That’s when people realised more efforts had to be made to address adolescents’ needs.”

One of the main discoveries that helped experts better understand adolescents and their development concerns their brain. The advances in medical imaging over the past ten years have shown that teenagers sometimes act impulsively and emotionally because their brain has not yet matured.

Laurent Holzer, child psychiatrist and director of different adolescent health units at CHUV, explains that brain maturation is not yet complete at this stage of life. The part that matures last (around age 30!), the prefrontal cortex, is involved in planning actions, managing feelings and controlling reactions. “The biological changes and mechanisms taking place during puberty drive adolescents to take risks, to simply test where they are and where they can go. Their social environment can also help them to overcome these new challenges,” he says. “Socialisation in younger children occurs at an explicit level, while for teenagers, everything is implicit. They have to understand things at another level, why they’re blushing, what the signs of interaction related to sexuality are, etc. Adolescents must be stimulated and supported by their peers throughout this period, which is critical for socialisation.”

Adolescence is when many severe adult disorders begin. “Eighty per cent of adult psychiatric diseases emerge during the teen years,” says Olivier Halfon, child psychiatrist and director of the University Department of Child and Adolescent Psychiatry (SUPEA). “Schizophrenia, addictive behaviours, bipolar and eating disorders often develop in adolescence. And the consequences continue into adulthood. A child can be ne and gradually show symptoms of a disease when he or she hits puberty.”

The expert says that neurobiological research has completely changed his view about the development of the adolescent brain. “We can now better understand the psychiatric disorders that surface during this stage of life.” Research has shown that young people respond to a hormonal change taking place. Puberty affects their body and their brain. And that causes them to experiment in ways that can put them in danger and trigger mental disorders.

Some say they are violent, rebelling against authority and society, “but adolescents are not against everything and are not constantly angry,” says Françoise Narring. The head of the youth clinic (Unité Santé Jeune) at Geneva University Hospitals (HUG) stresses the complexity of dealing with adolescents and communicating with them to understand them properly. “Teens don’t let on much about themselves. They often come in for a physical problem, like a headache or stomach ache that hides a deeper problem. We must know how to talk to them, ask the right questions and spot an adolescent that is in worse condition than he or she lets on, so that we can initiate further care.”

Parents, school staff and primary care physicians (paediatricians and family doctors) play a key role in early detection. Adolescence experts are working to inform and train them in caring for young people. 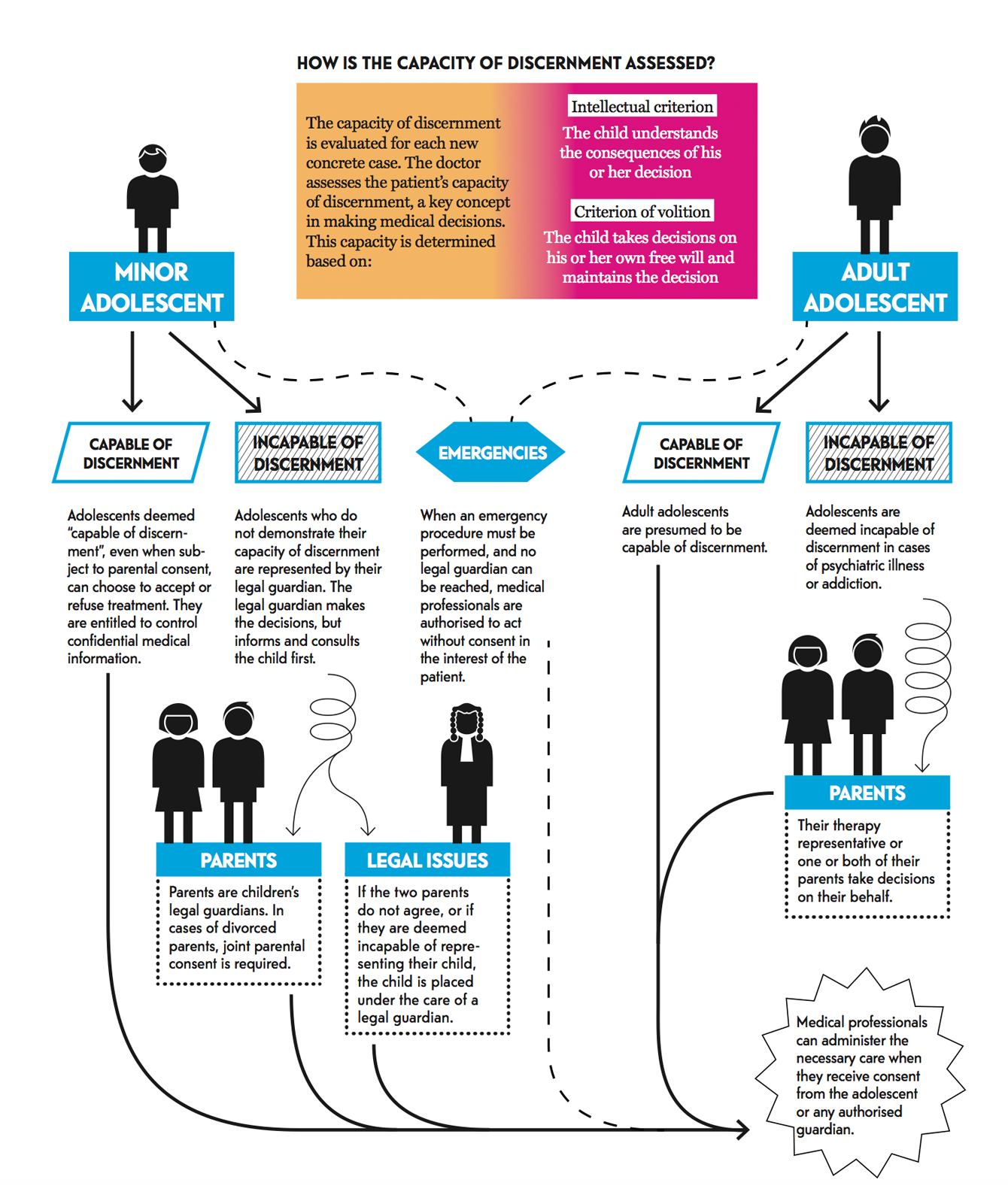 The development of specialised hospital units, such as DISA in Lausanne, the Unité Santé Jeune in Geneva and the Chair of Adolescent Health at the University of Melbourne, reflect the growing awareness and action taken to provide adolescents with health care organizations and treatments designed for them.

These facilities play an important role. “A teenager will not feel comfortable in the waiting room at their paediatrician’s office, but neither might he be ready to seek treatment from an adult doctor,” says Franziska Phan-Hug, paediatric endo- crinologist and head physician of the Centre for Endocrinology and Metabolism in Young Adults (CEMjA) at CHUV.

This centre, launched in 2013, is developing as a transition facility, bringing together doctors for children and for adults, specialised in chronic and rare diseases – more specifically in endocrine disorders (growth disorders, Turner syndrome, sexual differentiation disorders) and conditions linked to diabetes. “You might think that a child who’s been taking on a treatment since they were young would be better behaved when they go through adolescence, but the opposite is true. An adolescent with a chronic disease will rebel and test limits even more than others.”

Children with a chronic disease must come to terms with their disorder and their difference, sometimes becoming aware of additional consequences of their disease (e.g. not being able to have children because of fertility problems) once they reach adolescence. They have much more to cope with than normal teenagers. And their disease can even worsen at this stage, with the onset of new symptoms or complications.

“When they are not adequately prepared to handle their treatment independently, these people frequently stop taking their medication and seeing their paediatric endocrinologist,” says Franziska Phan-Hug. Medical experts agree on a need for “co-consultations”, in which the adolescent is seen by both a paediatrician and doctor specialised in adult care, with personalised follow-up, encouraging the individual to seek care voluntarily.

CEMjA recorded 400 consultations the year it opened at CHUV. Today, the centre records more than 1,500. This figure confirms that these specialised centres meet a real demand. But is adolescents’ health getting worse? “Young people are in no way ’worse’ than they used to be,” says the child psychiatrist Laurent Holzer. “Medical professionals and the public are now simply more sensitive to their problems. These issues were not believed to have any impact on their future.

Now, our duty is to continue identifying those adolescents who show early signs of mental disorders and monitor them more closely.” Ten years ago, “mobile” teams at CHUV were set up to do just that.

The Adolescent Mobile Team (EMA) works with teenagers (age 13 to 18) in the Canton of Vaud who refuse treatment or avoid outpatient care. EMA offers them support in their day-to-day life (e.g. at home or in children’s homes).

Recently released figures have also broken the stereotype. Their consumption of psychoactive substances such as cannabis has dropped significantly in the past ten years.

Sonia Lucia, a scientist from the University Institute of Social and Preventive Medicine, has recently led her team in a population survey on the victimisation and delinquency of young people in the Canton of Vaud (2014). The findings, published in 2015, speak for themselves. The percentage of teens aged 14 to 16 who, on a weekly basis, drink alcohol has fallen from 18% to 7% in ten years, those who smoke tobacco cigarettes are down from 18% to 14% and those who use marijuana from 9% to 5%.

“We still have a lot of work to do to improve this medical care for adolescents,” says Susan Sawyer from the University of Melbourne. “We need to continue our research on adolescents, our efforts in developing appropriate structures, set care models and develop expertise among health care providers in the approach to adolescents.” /

The United Nations defines an adolescent as age 10 to 19. But not everyone agrees. Is adolescence only de ned based on age? Today, experts commonly de ne adolescence as a period of life between childhood and adulthood, which begins at puberty, i.e. around age 12. Opinions vary as to when it ends, but it’s generally when the individual is independent and has a job, estimated between age 24 and 25. 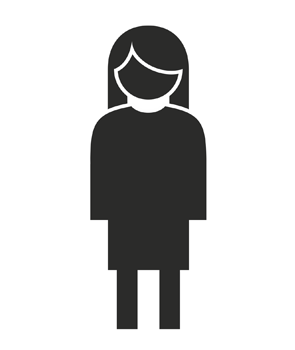 At about age 20, young women have normally stopped growing, while boys continue to gain weight and muscle mass. They develop the cognitive ability to express ideas clearly during these years. Young adults can put their experiences into perspective and feel less of a need for recognition. They gain firmer sexual identity, self-confidence, independence and sense of altruism. Greater emotional stability generally develops during this stage. 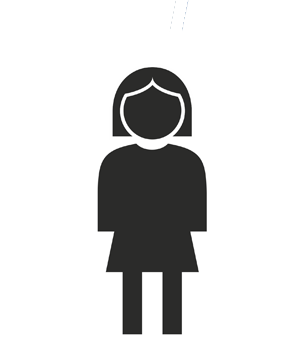 Physical growth stabilises in girls but continues in boys. Their ability to reason develops further and they can set targets. Existential doubts arise about the meaning of life.

Adolescents gradually build a new relationship with their body and physical appearance. During this period, they can sometimes feel very high self-esteem, but that feeling can totally change direction at other times. Adolescents begin to distance themselves from their parents. Experts also note that interest in sex begins to emerge during this stage. 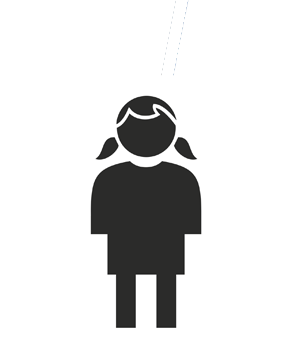 The first physical signs of puberty emerge, including body hair growth, oil production in skin and increased perspiration. In girls, breasts develop, and menstruation begins. In boys, testicles enlarge, and their voice changes. Both sexes develop a greater ability to reason, with more focus on the present than on the future, and become capable of deeper moral thinking. Identity crises begin, along with feelings of awkward- ness about their body. Pre-adolescents experience moodiness, begin to want more independence and struggle with their identity. 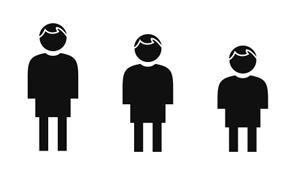 “Scientists have noted a drastic decline in the average age of puberty, down from age 17 to 12 in less than two centuries,” says Susan Sawyer, director of the Chair of Adolescent Health at the University of Melbourne. Today, the age of puberty has stabilised. Early onset is more typically seen in girls with the beginning of menstruation, despite the first sign of puberty generally being the development of breasts. In boys, the testicles enlarge.

Why is this happening? “First, positive factors show that we now have better hygiene and nutrition,” says Susan Sawyer.

“One negative cause is the influence of the environment, especially our increased exposure to endocrine disruptors in cosmetics, cleaning products and food packaging.” These chemicals interfere directly with our hormone system.