Many specialists consider it the technology of the future in the fight against cancer. Proton therapy is a form of radiotherapy that more accurately attacks cancer cells using positively charged particles called protons. The precision of the beam is incomparably superior to conventional radiotherapy treatments, as the protons scatter significantly less and remain closer to the beam’s trajectory. 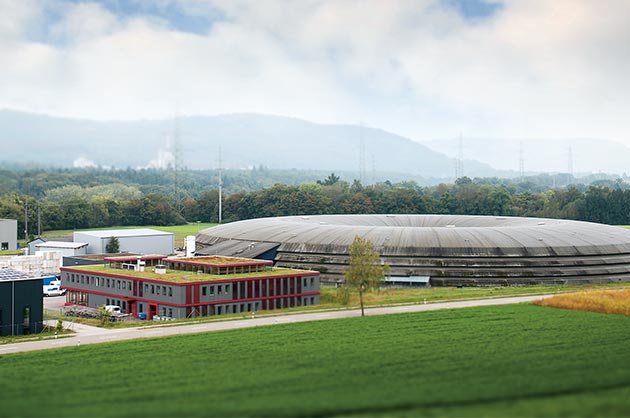 Another advantage is the phenomenon called the “Bragg peak”, named after the British physicist William Bragg (1862-1942) who discovered it. It refers to proton behaviour. The particles pass through tissue, deliver their energy at a given depth range, then stop completely. This means that the protons destroy the tumour with minimal damage to the surrounding tissue. 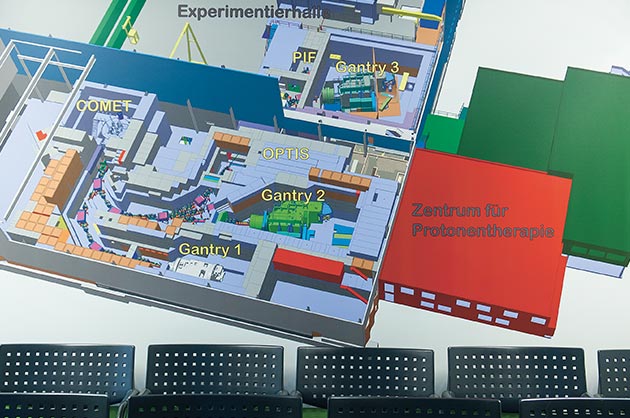 This technique is most effective in treating cancers near sensitive organs such as the brain or eye. Proton therapy also produces excellent results in treating children and young adults, due to its low toxicity.

1/ The Centre for Proton therapy at the Paul Scherrer Institute

The Paul Scherrer Institute (PSI) in Villigen (AG), the largest research centre for natural and engineering sciences in Switzerland, has been using proton therapy to treat patients since 1984. Half of the people treated at the PSI are from Switzerland, but its Centre for Proton Therapy also receives patients from neighbouring European countries, Russia and even the United States. “The cases referred to us by different hospitals are first analysed by our ‘Tumour Board’ based on a complete medical record, says Damien Weber, director of the Centre for Proton Therapy and member of the PSI directorate. At this meeting, we closely examine each case with the physicists, radiation oncologists and technicians to be sure of the advantages of treatment for the case under review.”

Once a case has been accepted for treatment, the patient is invited for an initial consultation at the Centre for Proton Therapy. “We explain how the treatment works, the results and associated risks, says Damien Weber. The team then defines a plan of attack against the tumour, which is simulated on a computer. One point that sets us apart is the weekly meeting devoted to delineation [editor’s note: drawing the contour of tumours]. The beam has to be very accurate, but we also need to determine the exact volume of the tumour being treated, to be sure that we don’t miss the target.”

A few weeks after the first visit, the patient comes back to the centre to begin treatment. Like conventional radiotherapy, proton therapy is delivered in several sessions spaced out over time. The PSI uses three machines: OPTIS 2 (for ocular melanomas) and Gantry 1 and 2 (opposite), used to treat brain and ENT cancers as well as some chondrosarcomas (malignant tumours in the cartilage).

After being positioned in the Gantry, the patient can communicate by microphone with the technicians in the control room. They then launch the treatment. The proton beam is delivered by the COMET cyclotron. In use since 2007, this circular particle accelerator was specially built for the Centre for Proton Therapy at the PSI.